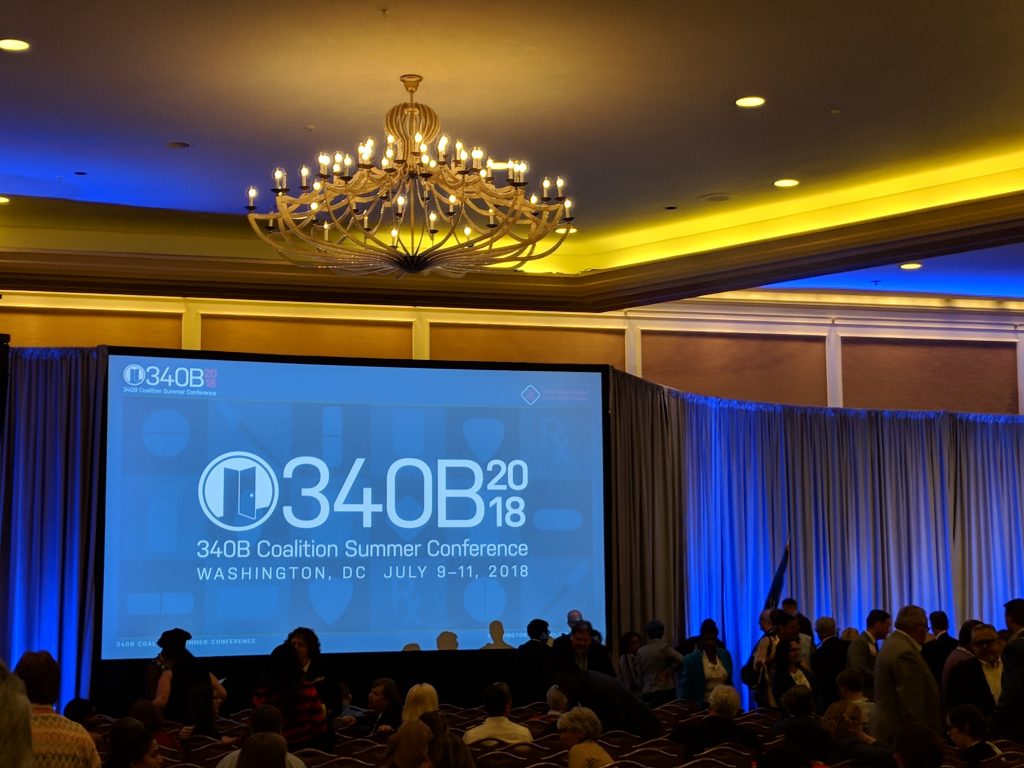 Close to 1,700 340B program stakeholders gathered in Washington D.C. last week for the 340B Coalition Summer Conference. With record-breaking attendance and updates on both the legislative and regulatory fronts, this conference was not to be missed. The ATRIA 340B by Hudson Headwaters team attended the conference to learn more on all policy, regulatory, and legal developments unfolding in the 340B community.

The recent GAO report on contract pharmacy was a hot topic at this summer’s conference, having been released only weeks prior. The report signals that new 340B guidance may be released in the near future. The contract pharmacy report was slated to be discussed at the U.S. House Energy and Commerce Health Subcommittee hearing on 340B, which took place on the final day of this year’s conference. An additional fifteen 340B-related bills would also be discussed, with topics including data collection, curtailing 340B, enhancing 340B, and manufacturer scrutiny.

Speakers at the conference emphasized the likelihood of continued attention from Congress and the Administration. Storytelling and advocacy were highly recommended, and Covered Entities were encouraged to share how 340B impacts their operations and communities with their representatives. Other recommendations included the use of Twitter, engaging with local media, and writing op-eds or counter articles to anti-340B pieces.

There was a lot of buzz surrounding keynote speaker, U.S. Secretary of Health and Human Services, Alex Azar. His speech, while offering no specific details on the impact to the 340B program, drove home the fact that “necessary change” is imminent. His speech tied back to the Administration’s belief that 340B is a driver of increased drug prices, a sentiment that the 340B community deeply disagrees with. Secretary Azar cited the need for reform to ensure patients directly benefit from the 340B discount – while many other conference sessions emphasized that 340B is much more than a patient discount program.

Captain Krista Pedley, Director of the Office of Pharmacy Affairs, took to the podium to discuss HRSA’s audit changes. Effective April 1st of 2018, HRSA expects Covered Entities to fully implement a Corrective Action Plan within six months of CAP approval, and additional documentation to confirm CAP completion will be required.  Captain Pedley also discussed the 340B pricing website, which is ready and in use at HRSA, but will not be released for general use until the 340B ceiling price and CMP rule is finalized. “Education and communication is our top priority”, concluded Captain Pedley.

The 340B community can expect to see continued congressional activity related to the 340B program in 2018. As a third party administrator and a participating covered entity, our goal is to collaboratively protect the integrity of the program through preparation for program reform. Are you ready for potential program changes?  Reach out to learn more about our services and how ATRIA 340B can help you meet your goals. Give us a call (855-835-340B) or send an email (ATRIA340B@hhhn.org). We’re in this together, so let’s do it right.